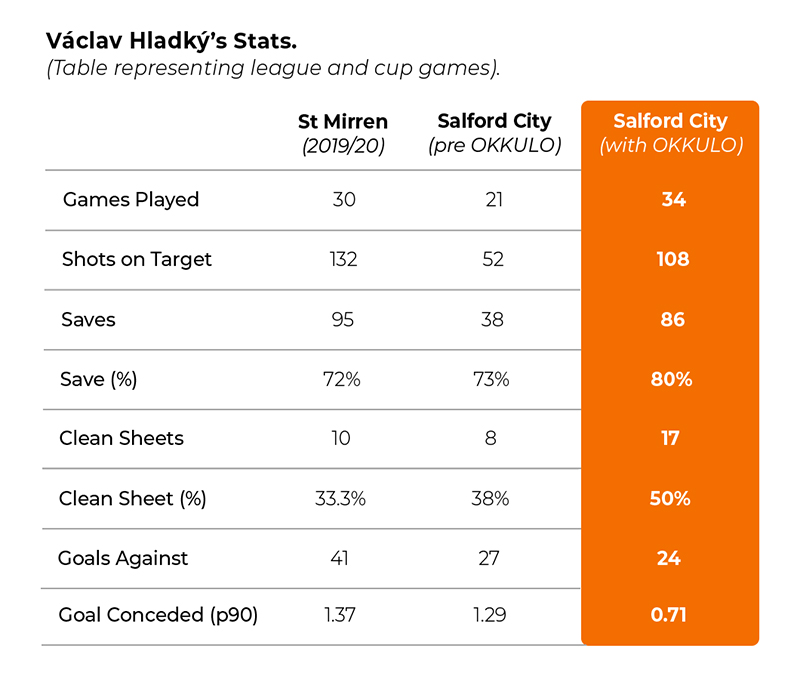 The table above clearly shows Václav Hladký’s performance improvement post-Okkulo intervention. This can be seen in the difference between the Salford City (pre Okkulo) column and the Salford (with Okkulo) column.

Václav’s goals conceded per 90 mins for Salfrod City dropped drastically to 0.71 from 1.29 per 90 prior to Okkulo. He conceded fewer goals (24) in 13 more games when exposed to Okkulo, compared to (27) goals conceded in 21 games. His clean sheets doubled in half the time and his save percentage increased to 80% from 73%. 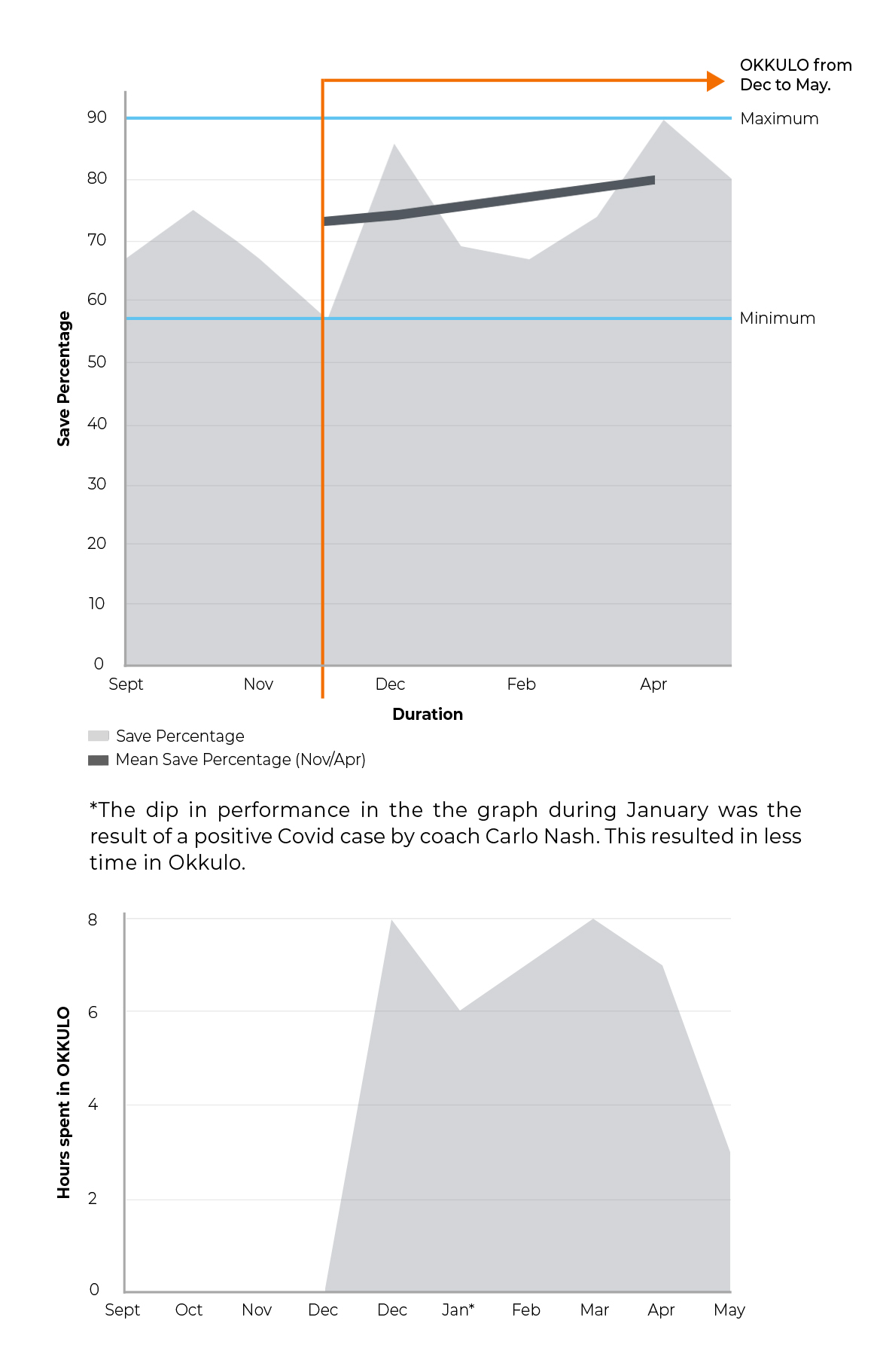 Data is based on the following metrics:

The OKKULO Score is a scoring system based on a 15 ball delivery. The score is represented as a 4 digit number. The closer to zero the better the score.

Vaclav's OKKULO Score is representative to that of his stats in real world game play (on the pitch performance). Vaclav's score started off at 51.60 during his first session in Okkulo. During the period Dec to May, Vaclav has reduced his score to 19.20 based on the same Metrics above.

This indicates that Vaclac is saving more shots than he did previouslt in the standard 11-A-Side goal, across a varying degree of angles and speeds up to 70 mph in all areas of the goal.

Both graphs will rise until they peak at the atheletes maximum performance levels.